Ray Dalio is one of the richest men in the world. His 5 step system was a simple process he used to get anything he wants in life. He talks about this process a lot in his book “Principles” and they are as follows:

Of all these goals, we wish to pay the most attention to the first point: Have Clear Goals. This, we believe, is a lacking concept for many people, us included.

“You aren’t going to catch many fish that way,” said the businessman to the fisherman.

“You should be working rather than lying on the beach!”, he continued.

“And then what would my reward be?” the fisherman replied.

The businessman would go on and on about building a fishing empire, building bigger boats, and having employees catch fish for him.

The fisherman would once again reply, “And then what would my reward be?”

The businessman would answer that he should build a business and become rich so that he will never have to work for a living again and spend the rest of the days sitting on the beach, looking at the sunset.

The fisherman would reply, “And what am I doing right now?”

This parable may be short but it’s also extremely powerful. Many people go into investing and finance with the end goal of becoming rich. The problem is that they have no idea what being rich looks like in their head. There’s no concrete stopping point.

Without a clear goal, you’ll continue to work, hustle, and grind. You’ll wear your bones down, up until the point that you can no longer stand, work, or think. You forget to enjoy life – all in the chase of money and the dream of never having to work again. 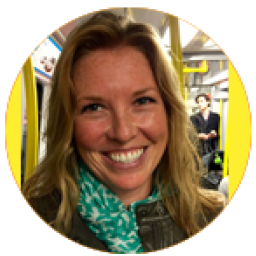 Julia Lundstrom has been a Certified Financial Planner® since 2003, managing over $60 million of assets before selling her practice in 2009. Before that, she was an investment manager for a Silicon Valley venture fund. After 3 market crashes in her career, she is her to help guide you in the markets for The Traders Wire.